The Avett Brothers at the Paramount Theatre 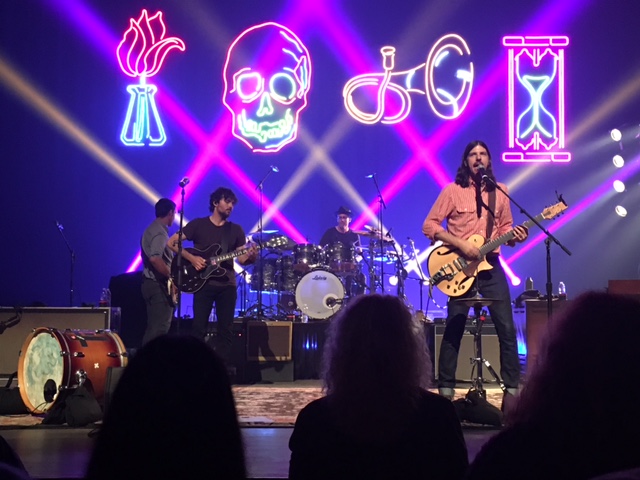 Best time of my life!  The Avett Brothers show at the Paramount Theatre in downtown Cedar Rapids was like a dream come true.  With seats in the middle orchestra section Row C – yes, Row C! – it was a very personal experience with an up-close view of the energy and soul Scott and Seth bring to the stage. 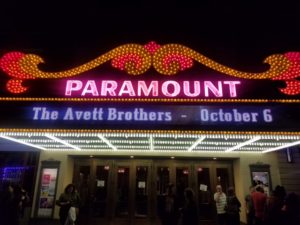 The Paramount Theatre is not too shabby either.  We were told it had recently been restored after flooding destroyed much of it and wow, what a beautiful place!  With seating for just under 1700 people, this was the type of intimate setting I’d been dying to see the Avetts perform in.  And they did not let us down!

The fantastic set list (see below) included several of the True Sadness singles but also included a healthy number of old classics including “Slight Figure of Speech” and “February 7” which I was thrilled to see for the first time live.  Other special performances included Seth singing “In the Curve” (beaming in the spotlight in what felt like was inches from us!) as well as a visit from sister Bonnie performing “Swept Away” during the encore.  And speaking of the encore, how great of the guys to kick it off with a tribute to Tom Petty singing “You Don’t Know How It Feels”.  Awesome. 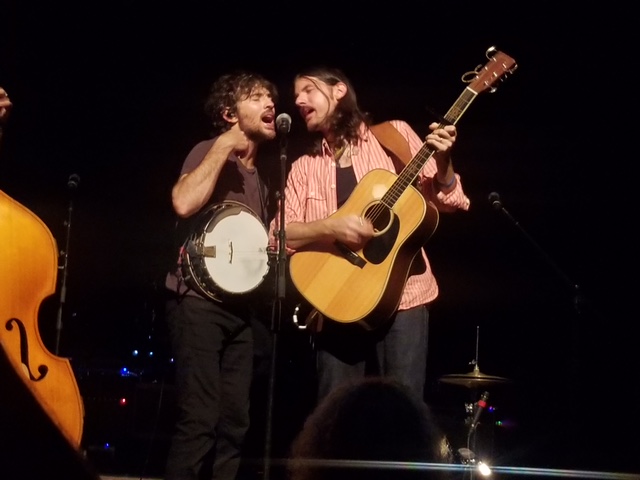 Overall a fantastic, unforgettable show that I’m so thankful to have attended.  A big thank you to Angela in Minnesota who was gracious enough to sell us her tickets without some ungodly fees like the brokers were going to charge.  Thank you, Avett Brothers for a great show!  Keep doing what you’re doing and we’ll see you in St. Augustine! 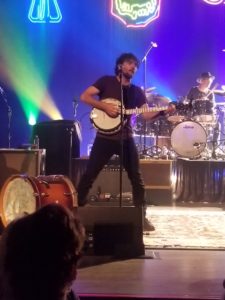 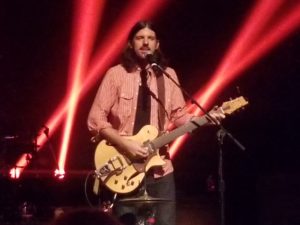 Note:  Kristi Johnson, from Tequesta, Florida, contributed this review for the Fretmentor Blog.  Kristi is a student of the guitar and an accomplished singer.

Born in Detroit, Michigan, David F. Jakubiak has been involved in music since the age of 7, beginning as a clarinet player and then at 9 turning his attention to stringed instruments. He earned trophies in group talent competitions while a student at the University of Michigan. The instructor earned a BA degree in Organizational Psychology from the University of Michigan and a Masters in Public Administration at the University of Kansas. At college, he also studied classical music and music history. His passion is teaching music and in performing as a musician. In addition to on-stage performances, David has played in various venues from outdoor festivals to small nightclubs. He plays, performs and teaches various styles of music, including rock, pop, blues, jazz, classical, country and bluegrass styles. He performs and teaches acoustic and electric guitar, five-string banjo, and mandolin. His styles range from Scruggs, melodic, Reno and old-time style on banjo, to finger-style and flat-picking technique on guitar, to various styles of mandolin. For over 45 years, Mr. Jakubiak has taught all age groups, taking a personal interest in each student to ensure that they receive the attention and lesson plans that meet their needs and interests. His lessons and instructional materials place a strong emphasis on the practical use or music theory to ensure that the student understands the instrument and learns how to improvise to develop their own style. Mr Jakubiak teaches group and studio classes, webcam lessons over the internet, and individual private lessons to students of various ages. He has compiled and produced eight instructional books on CD as well as numerous instrumental arrangements. David has written for Banjo Newsletter, a monthly publication for the banjo enthusiast and has published an article in Issue #37 of the Fretboard Journal. He is the founder of www.fretmentor.com. To contact David Jakubiak, please feel free to e-mail him at david AT fretmentor.com (substitute the @ sign for the word AT)
View all posts by fretmentor →
This entry was posted in Concerts & Festivals, Uncategorized and tagged Avett Brothers, Paramount Theatre. Bookmark the permalink.