On November 1, 2017, a new book entitled “Leo Fender: The Quiet Giant Heard Around the World” will be released.  I have had the chance to briefly review this book.  The 180 page paperback gives an intimate portrayal of the life of Leo Fender.  There are many intimate family and personal photos that have unlikely been seen by the general public before.  This book is easy to read and it provides a useful summary of the life of Leo Fender. 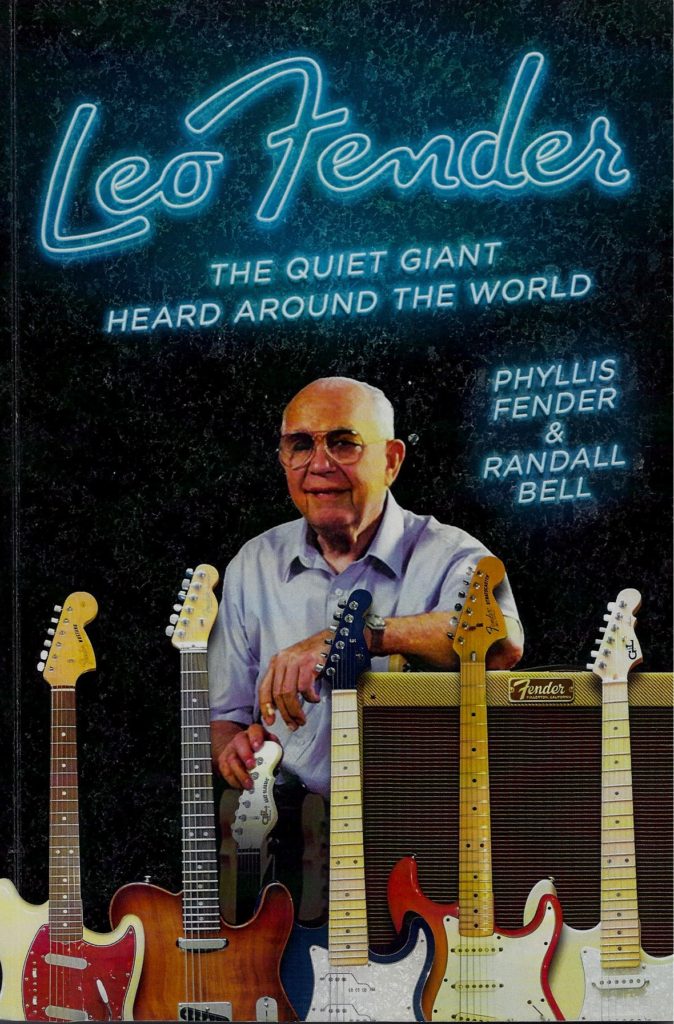 So here is a little background on the man who is the father of the Fender Stratocaster guitar:

Fender, one of the first innovators of the electric guitar, grew up in Fullerton, California, where his interest in electronics lead him to open his own radio repair shop in 1938. It wasn’t long before musicians and band leaders turned to him for help in repairing their equipment. And the rest, as they say, is history.

While his name is synonymous with fist-pumping rock and roll sound, in reality, Fender was a shy, unassuming inventor who was nearly deaf and had one glass eye. In 1946 he founded Fender Electric Instrument Manufacturing Company — the launch pad for his most iconic designs — and later on, G&L Musical Instruments.

Fender’s game-changing contributions to the music world have been widely recognized. He was presented with the Country Music Association Pioneer Award in 1981; was inducted into the Country Music Hall of Fame, the Rock Walk of Fame and the Rock and Roll Hall of Fame. His accomplishments were also acknowledged with a Technical Grammy Award in 2009. Fender died in 1991.
Today, Fender is a household name. But the quirky, shy inventor never lived large or flaunted his fame. He lived in a mobile home, even after selling his company for $300 million (in today’s dollars). His daily routines and obsessions made him truly fascinating, and thanks to his enduring instruments, Fender’s legacy forever lives on. 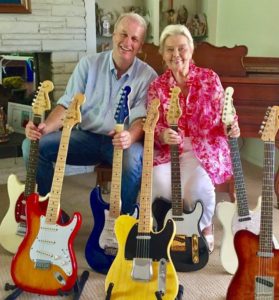 LEO FENDER: The Quiet Giant Heard Around the World

Born in Detroit, Michigan, David F. Jakubiak has been involved in music since the age of 7, beginning as a clarinet player and then at 9 turning his attention to stringed instruments. He earned trophies in group talent competitions while a student at the University of Michigan. The instructor earned a BA degree in Organizational Psychology from the University of Michigan and a Masters in Public Administration at the University of Kansas. At college, he also studied classical music and music history. His passion is teaching music and in performing as a musician. In addition to on-stage performances, David has played in various venues from outdoor festivals to small nightclubs. He plays, performs and teaches various styles of music, including rock, pop, blues, jazz, classical, country and bluegrass styles. He performs and teaches acoustic and electric guitar, five-string banjo, and mandolin. His styles range from Scruggs, melodic, Reno and old-time style on banjo, to finger-style and flat-picking technique on guitar, to various styles of mandolin. For over 45 years, Mr. Jakubiak has taught all age groups, taking a personal interest in each student to ensure that they receive the attention and lesson plans that meet their needs and interests. His lessons and instructional materials place a strong emphasis on the practical use or music theory to ensure that the student understands the instrument and learns how to improvise to develop their own style. Mr Jakubiak teaches group and studio classes, webcam lessons over the internet, and individual private lessons to students of various ages. He has compiled and produced eight instructional books on CD as well as numerous instrumental arrangements. David has written for Banjo Newsletter, a monthly publication for the banjo enthusiast and has published an article in Issue #37 of the Fretboard Journal. He is the founder of www.fretmentor.com. To contact David Jakubiak, please feel free to e-mail him at david AT fretmentor.com (substitute the @ sign for the word AT)
View all posts by fretmentor →
This entry was posted in Guitar, History and tagged Fender Stratocaster, Leo Fender. Bookmark the permalink.