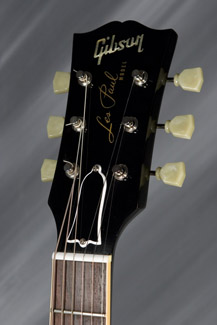 Earlier today, August 13, 2009, I received news that my friend Les Paul died at age 94. When I say my friend, I  should clarify that unfortunately, I did not have the chance to meet Les in my lifetime. However, every time I went to the music store to play a Gibson electric guitar or watch many famous guitar greats who played a Gibson Les Paul Custom guitar, I knew that Les Paul signified quality and greatness. This man touched many people and through the solid body electric guitar, many performers were in touch with Les. 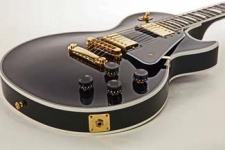 Les Paul Was An Innovator

Ironically, I just stopped at my local library yesterday to pick up a book called “The Early Years of the Les Paul Legacy”, written by Robb Lawrence. This is an excellent resource with a pictorial and written history of the man and a message from Les himself. I selected this book because of my interest in the history of musical instruments and the pioneers who contributed to the development of these instruments.  Les Paul not only played guitar (with his wife Mary Ford as his vocalist), but he is responsible for many of the innovations in the design of the solid body electric guitar and was a genius in the recording industry.

There are some notable facts that Mr. Lawrence documents in his book about Les Paul.  In late 1936, Les was one of the first guitarists to use a Spanish electric guitar in an orchestra on the radio.  In 1940, Les began to utilize inexpensive Epiphone Zephyr model guitars, where he experimented with the pickup configurations.  His experimentation led to incorporating a Rickenbacher vibrola (which was patented in 1929) and using them exclusively. Doc Kauffman, the inventor of the vibrola, would later team up with Leo Fender for the first steel guitars and amplifiers. Meanwhile, Les Paul continued tinkering with Epiphones to reinforce them with metal plate enhancements. 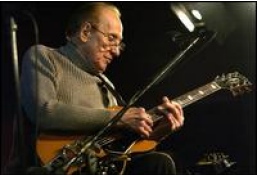 You can also read about Les and his accomplishments in a book entitled “Gibson Guitar – 100 years of an American Icon”. The author, Walter Carter, explains that in 1951, Les would partner with Gibson to introduce the Gibson Les Paul Model solid body electric guitar, which featured  P-90 pickups and a cylindrical bridge tailpiece. Modifications were later made to include the stop tailpiece, tune-o-matic bridge, and coveted humbucking pickups. Decades later, as early as 1993, these guitars were recreated, and today are desirable reissues of the early original Gibson solid bodies. As early as 1941, Les Paul’s retrofitted 20 lb instrument with a Gibson neck, referred to as “the Log”, is considered the first solid body electric guitar. 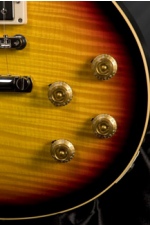 Les Paul Was a Recording Pioneer

While there are various books on this great legend, one notable program worth watching is a program PBS aired on Less Paul entitled “Chasing Sound”.  In this documentary, Les is noted as more than a musician or performer, he was recognized for his experimentation with sound and recordings.  His multi-track recordings, which he completed in a garage at his home in California, revolutionized the recording industry.  “Overdubbing” and “reverb” are terms associated with the late great Les Paul; a recording genius who experimented with the recording of sound, in a similar manner as he experimented with the guitar itself.

I think its safe to say that almost every young guitar player has a dream to one day own and play a Les Paul guitar. Everyone from BB King, Keith Richards, Buddy Holly, Eric Clapton, Jeff Beck, Peter Townshend and more have not only played the Les Paul Custom guitar but credit Les Paul with his  major contributions to making the recording industry what it is today.

No .. I never met Les Paul, nor did I ever see him play live.  Yet, as a fellow guitar player, I can’t help but consider Les a friend.

May Les Paul Rest In Peace.

Born in Detroit, Michigan, David F. Jakubiak has been involved in music since the age of 7, beginning as a clarinet player and then at 9 turning his attention to stringed instruments. He earned trophies in group talent competitions while a student at the University of Michigan. The instructor earned a BA degree in Organizational Psychology from the University of Michigan and a Masters in Public Administration at the University of Kansas. At college, he also studied classical music and music history. His passion is teaching music and in performing as a musician. In addition to on-stage performances, David has played in various venues from outdoor festivals to small nightclubs. He plays, performs and teaches various styles of music, including rock, pop, blues, jazz, classical, country and bluegrass styles. He performs and teaches acoustic and electric guitar, five-string banjo, and mandolin. His styles range from Scruggs, melodic, Reno and old-time style on banjo, to finger-style and flat-picking technique on guitar, to various styles of mandolin. For over 45 years, Mr. Jakubiak has taught all age groups, taking a personal interest in each student to ensure that they receive the attention and lesson plans that meet their needs and interests. His lessons and instructional materials place a strong emphasis on the practical use or music theory to ensure that the student understands the instrument and learns how to improvise to develop their own style. Mr Jakubiak teaches group and studio classes, webcam lessons over the internet, and individual private lessons to students of various ages. He has compiled and produced eight instructional books on CD as well as numerous instrumental arrangements. David has written for Banjo Newsletter, a monthly publication for the banjo enthusiast and has published an article in Issue #37 of the Fretboard Journal. He is the founder of www.fretmentor.com. To contact David Jakubiak, please feel free to e-mail him at david AT fretmentor.com (substitute the @ sign for the word AT)
View all posts by fretmentor →
This entry was posted in Guitar, History. Bookmark the permalink.