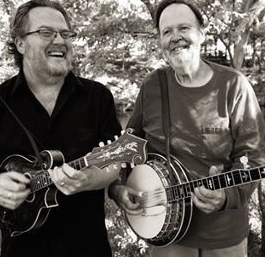 Since I started playing the banjo, I followed the career of Alan Munde.  I fist purchased his tabs and learned his arrangements some 45 years ago.  I also had the honor of hosting Alan at one of my fretmentor workshops here in Florida.  An interview we conducted then was published in issue #37 of the Fretboard Journal. Let’s just say I can’t get enough of Alan and his music.  His latest collaboration with mandolin player, Billy Bright, is a gem.

Recently, I acquired Alan Munde’s new CD from the master himself.  On the CD titled “Es Mi Suerte”, Alan Munde on banjo and Billy Bright on mandolin, together offer a selection of unique songs that are sure to thrill you all. Dom Fisher plays upright bass throughout and Dennis Ludiker (fiddle) and  Trevor Smith (banjo) make an appearance as well. Not only are 8 of the 10 songs originals but the listener gets a mix of tradition and progressive bluegrass, 1950s folk, Texas waltzes, a blend of Tex-Mex-Cajun and a tinge of country gospel.  One could call this album a journey into all styles of acoustic roots music. 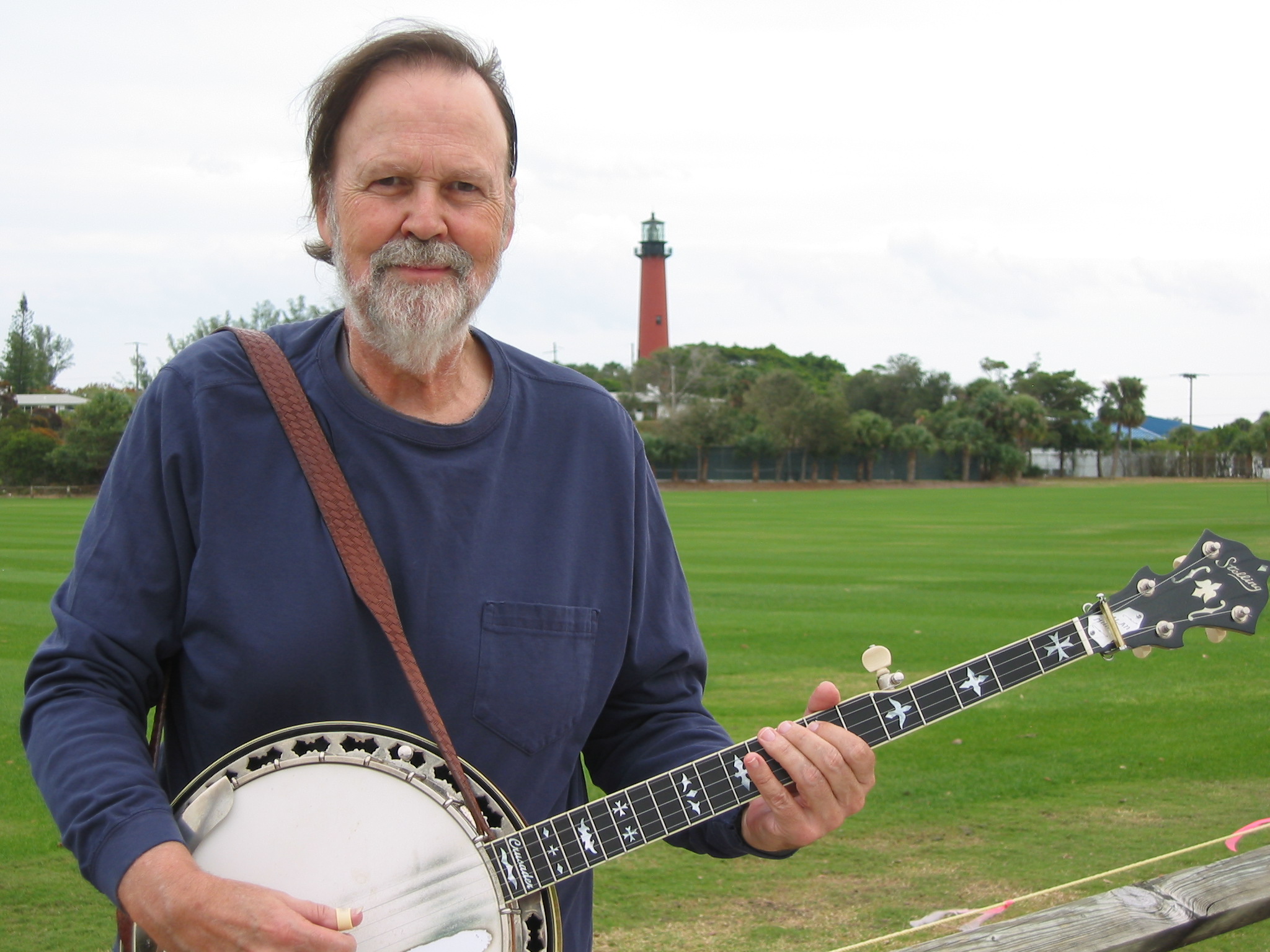 There are certainly some wonderful compositions on this CD.

Wild Heron – A Billy Bright original inspired by a lake where Billy married his wife.

Mom’s Waltz – Another Billy Bright original that is a tribute to his mom and moms everywhere.

Es Mi Suerte – The title song which means “It is my fate”.  This tune is a tribute to Alan’s great friend and producer of many of Alan’s albums until his death in 2015.

Munde’s Night Waltz – Alan’s research of fiddler’s found that they love to make up their own chord patterns, so Alan, Billy and Dennis Ludiker on fiddle, did the same.

By The Side of the Road – A cover written by Albert E. Brumley, Sr., is a gospel song about lifestyle choices.

Going Bodmin – A Munde original in which the title is also a Cornish colloquial phrase signifying someone has gone crazy.  Trevor Smith adds harmony parts and take a crazy banjo solo on this selection.

Goodnight Irene – A song credited to Huddie Ledbetter, aka Leadbelly.  Both Billy and Alan recorded it with a casual late night campfire feel and later overdubbed the  accompanying guitars. 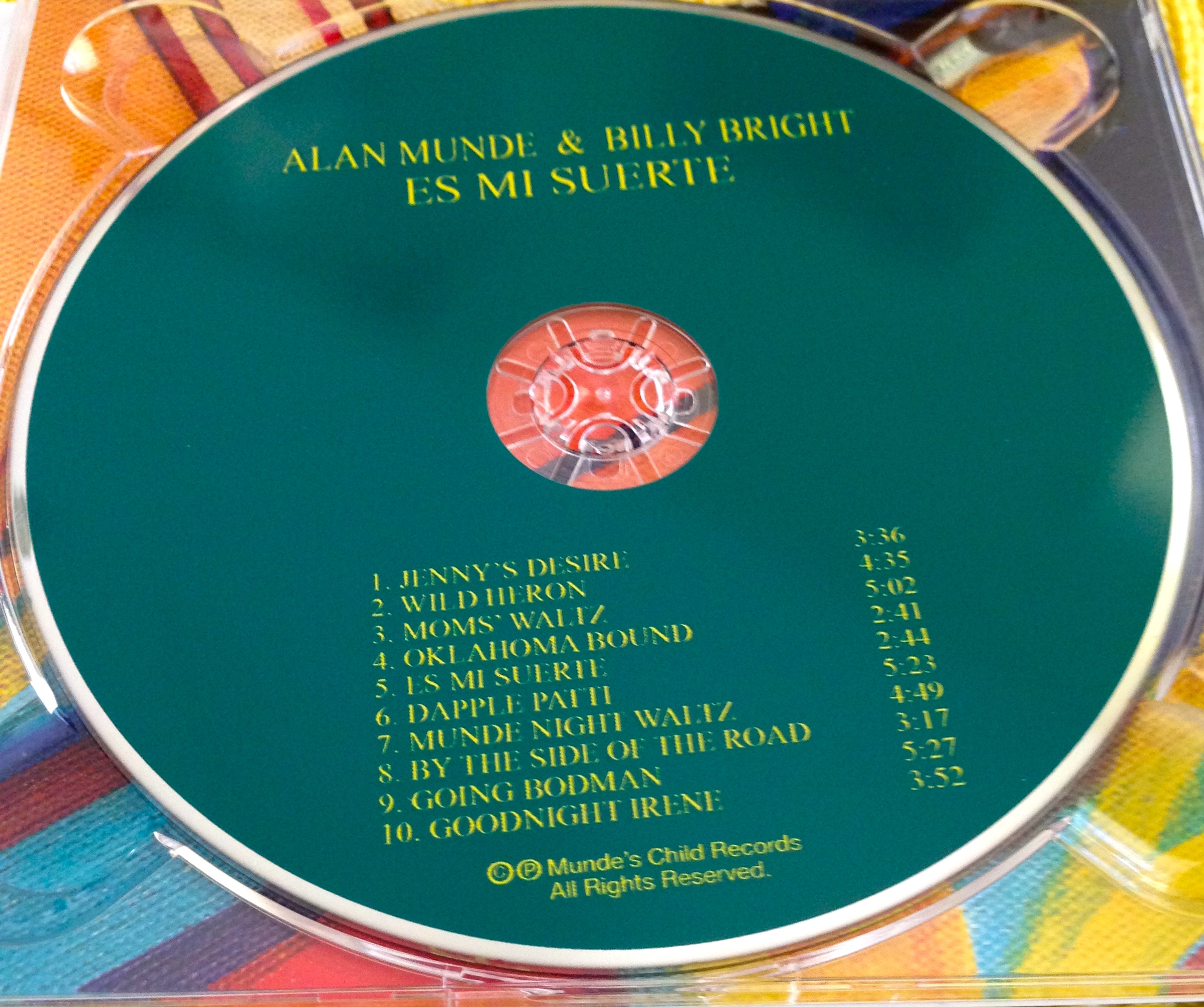 Es mi Suerte is available for purchase on most digital music platforms, including AirPlay Direct, Spotify and ITunes.

I highly recommend you add this album to your collection of music.

Born in Detroit, Michigan, David F. Jakubiak has been involved in music since the age of 7, beginning as a clarinet player and then at 9 turning his attention to stringed instruments. He earned trophies in group talent competitions while a student at the University of Michigan. The instructor earned a BA degree in Organizational Psychology from the University of Michigan and a Masters in Public Administration at the University of Kansas. At college, he also studied classical music and music history. His passion is teaching music and in performing as a musician. In addition to on-stage performances, David has played in various venues from outdoor festivals to small nightclubs. He plays, performs and teaches various styles of music, including rock, pop, blues, jazz, classical, country and bluegrass styles. He performs and teaches acoustic and electric guitar, five-string banjo, and mandolin. His styles range from Scruggs, melodic, Reno and old-time style on banjo, to finger-style and flat-picking technique on guitar, to various styles of mandolin. For over 45 years, Mr. Jakubiak has taught all age groups, taking a personal interest in each student to ensure that they receive the attention and lesson plans that meet their needs and interests. His lessons and instructional materials place a strong emphasis on the practical use or music theory to ensure that the student understands the instrument and learns how to improvise to develop their own style. Mr Jakubiak teaches group and studio classes, webcam lessons over the internet, and individual private lessons to students of various ages. He has compiled and produced eight instructional books on CD as well as numerous instrumental arrangements. David has written for Banjo Newsletter, a monthly publication for the banjo enthusiast and has published an article in Issue #37 of the Fretboard Journal. He is the founder of www.fretmentor.com. To contact David Jakubiak, please feel free to e-mail him at david AT fretmentor.com (substitute the @ sign for the word AT)
View all posts by fretmentor →
This entry was posted in Banjo, Mandolin, Reviews and tagged Alan Munde, Billy Bright. Bookmark the permalink.